Don and Sybil Harrington embodied the independent and adventurous spirit of the legendary American West. She was the granddaughter of one of the first families to settle Amarillo, Texas. He was born in Edinburg, Illinois, in 1899 and moved westward after serving in the Army Air Corps during World War I. Educated as an engineer at Washington University in St. Louis and Yale University, Harrington took a position as a landman with Marlin Oil Company in Oklahoma, where his extraordinary talent for finding rich deposits of oil and gas deep within the earth was matched by his skill at acquiring and selling leases on the land. When the Texas Panhandle oil boom hit in 1926, Harrington moved to Amarillo where he met Sybil Buckingham. They married in 1935, and Don went on to build one of the most successful independent oil and gas operations in Texas history.

The Harrington legacy of philanthropy is far-reaching but rooted in the grasslands of the Texas Panhandle. The couple created The Don and Sybil Harrington Foundation in 1951 to support worthy causes in their community. Virtually every corner of the vast Panhandle has benefited from their generosity, with projects that include the Panhandle-Plains Historical Museum, a medical center, scholarships at regional schools and universities and an award-winning string quartet. The foundation has also funded medical research at the Deafness Research Foundation in New York and the Harrington Arthritis Research Center in Phoenix, Arizona. After Don’s death in 1974, Sybil became president of the foundation and expanded its scope. Indulging her love of music, especially grand opera, she became one of the New York Metropolitan Opera’s most generous benefactors, personally underwriting 16 new productions, two gala concerts, and 13 “Metropolitan Presents” telecasts.

History of the Harrington Fellows Program

In 1984, Sybil Harrington decided to create a scholarship program to honor her late husband that would appeal to leading academicians around the world and would compete with the Rhodes Scholarship. She enlisted the help of her good friend Wales Madden, Jr., a former regent of The University of Texas System, to see that it got done. Originally considering endowing an ivy league school, Wales assured Sybil that Don's name would never be misplaced at The University of Texas at Austin. When the university had received most of the donated funds, Wales tried to convince Sybil that she should be recognized for her benefactions, yet she repeatedly declined. Her name was to be used only as the donor - in memory of Don. In conversations with Wales prior to her death in 1998, Sybil indicated how pleased she was with her decision to locate the program at The University of Texas at Austin, and that she was truly impressed with the outstanding reputation of the university. On November 1, 2000 the Donald D. Harrington Fellows Program was officially committed. 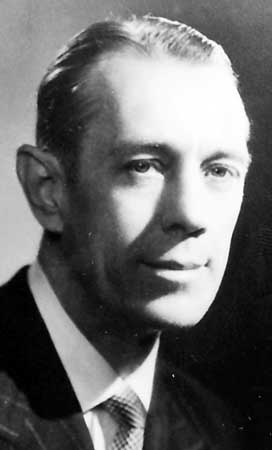 Office of the Executive Vice President and Provost